The History of Homebush 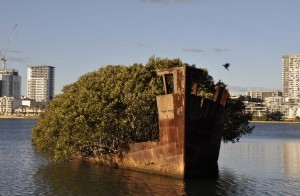 Eleven days after the first British flag was raised at Sydney Cove, in 1788, Captain John Hunter and Lieutenant William Bradley, First Fleet officers of the HMS Sirius, explored the Parramatta River as far as present Homebush Bay. It was a shallow swampy area, flooded with tide, at the junction of that are now Powell’s and Haslam’s creeks.

The present suburb area was originally known as Liberty Plains, because of the colony’s first free settlers received grants there in 1793. They received small grants of 60 to 80 acres, but because it was a poor area for agriculture, grants were later increased and also changed hands over the following years. The area was chosen for occupation in order to provide a settlement between Sydney & Parramatta, and it became the last overnight stop before Sydney for teams travelling from the west.

Edward Powell was one of those who were granted 80 acres here in 1793. In 1807 he established the Halfway House on an additional grant fronting Parramatta Road. His son sold the inn to his brother in law James Underwood in about 1825, who leased it to James Kerwin, known as Jimmy the Jockey. The inn was reopened as the Horse & Jockey and this early landmark is still operating today. Underwood’s property in the area was not subdivided until 1878, when lots were described as being in the Village of Homebush. The streets laid out in 1878, in what had been open country, are virtually identical to those still existing.

Another early settler was D’Arcy Wentworth who arrived with the Second Fleet n 1790 as ships surgeon on the Neptune. After Macquarie became Governor, Wentworth was made principal surgeon and chief magistrate in the colony. He received a grant of 920 acres at the head of present Homebush Bay and adopted the colloquial name Home Bush for his estate. He established the first police force in this country, he was in charge of the money-minding side of the first bank in Parramatta, and had much to do with managing the affairs in the city.
Homebush saleyards were opened in 1882 by John Harris, then the mayor of Sydney. In 1906 a large area north of Parramatta road resumed for the construction of the state abattoirs. The installations were completed by 1915, and the abattoirs were transferred from Glebe Island.

The municipality was incorporated on 6 June 1906 and amalgamated with Strathfield in 1947. An important addition to Homebush is the State Sports Centre in Underwood Road. It was opened officially in 1984 but the premier of New South Wales, Neville Wran.

The most dramatic change for Homebush came when Sydney won the right to host the 2000 Olympics. The area of the old sale yards was totally transformed. There are now world class facilities for many sports, there is a large well appointed stadium, and aquatic centre. The Olympic Village has been transformed into the self contained suburb of Newington. There are luxury units now on the waterfront of Homebush Bay. The area is criss-crossed by cycle tracks and bush walks and there are many ponds and lakes which are home to a large number of animals and birds.